P.G. Taylor grew up with his parents, two older brothers and a sister.

The family home [“Newstead” in Raglan Street].. had an extensive garden, which was a perfect setting for exploration and imaginative games. Young Bill soon found he had an affinity for nature and the great outdoors … in the summer when the daylight hours were long, it was quite a task for Alice to pursued him to come inside to bed. His mother gave him plenty of patient, loving attention and they formed a close and lasting bond.1

‘Newstead’ had stables to house polo horses which were exercised at the family estate and holiday home at Pittwater. They also owned real estate in Sydney and near Lithgow.2

Patrick Gordon preferred to be called ‘Bill’, and from an early age, his family obliged. Mother Alice continued to call him Gordon.3

Bill was sent to Mosman Church of England Preparatory School… 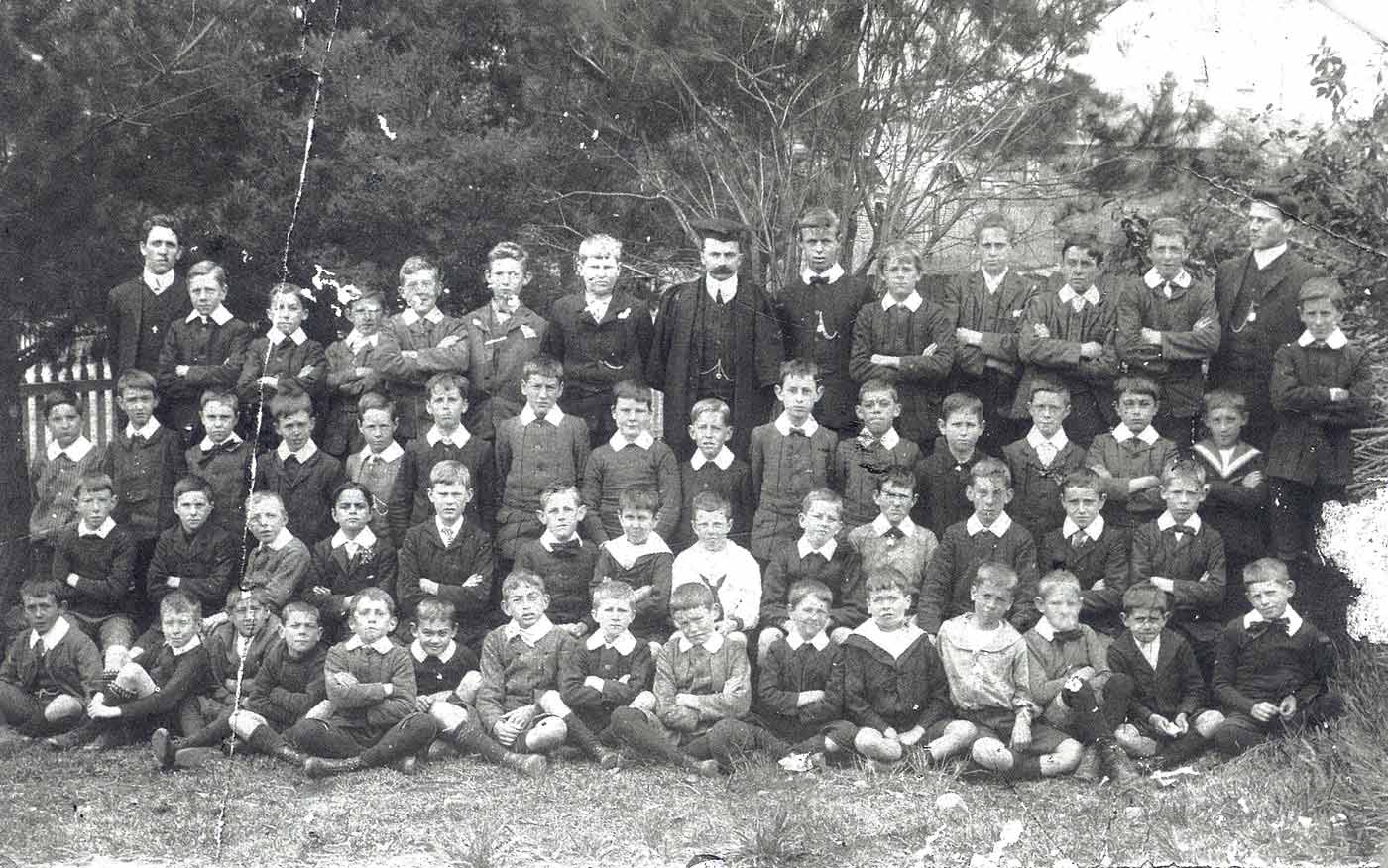 Earliest photo found in Mosman Prep archives – circa 1906. Image: Mosman Church of England Preparatory School, ’100 years of Mosman Prep: 1904-2004’ (2004) Tibby Yarnold is in the middle. Bill Taylor would have been about 10 when this photo was taken

At the opening of Mosman Prep in 1904, the Mosman Mail reported the founding headmaster’s (Mr Yarnold’s) intent to make the school ‘a place of education of the good type.’ His mission was to mold the boy’s minds and manners. Prepared them for their ‘parent institution’ — Sydney Church of England Grammar School (‘Shore’).

Mr Yarnold’s speech expounded his philosophies of education. Students, he said, needed a solid grounding in the Classics. Hence his nickname “Tibby,” derived from the Latin verb tibi.

The next speaker, Judge Beckhouse, got up, and deliberated:

‘Tibby’ Yarnold was ‘a prototype for Mr Chips’, a fair-minded disciplinarian with high standards. His shoes were so polished you could see your face in them.5

Students were amazed at his dedication and energy.

A master of all subjects, coach of cricket, football and athletics. I can still picture him, a small man with white spindly legs coaching us football on cold and windy afternoons at Rawson Oval, with its wonderful views. Softly spoken … he was still able to wield his cane with considerable effect.

Bills experience of school life was in his own words ‘obviously the fate of all small boys, of which I was one.’ He recalled that new students faced ‘scorn and hostility.’

I went the first day cheerfully, without protest of any kind. It must have been a relief to my mother who had the responsibility of launching me. The second day I refused absolutely to go … I had gone that first day with the feeling of unconditional friendliness towards creatures who, I felt, were in similar straits to myself, and who, I anticipated, would be glad to reciprocate my outlook.6

After the shock of his first day he resolved

… to go through the hours of tuition with the fatalistic endurance of the inevitable, and to return to my own hunting grounds as soon as I was released. It was difficult to do this. I came into contact with other boys, and, having a friendly disposition, found my principles of isolation falling down. There were setbacks that I could not understand and that I strongly resented.

Bill’s parents coaxed him back to school, but he didn’t fit the mold.

I was confident with the things that mattered … I could beat the other boys. I felt that it should not be necessary to defeat them to become friendly. I have encountered this all my life, and am still at a loss to know why it should be. In the course of time, I made a few friends but never became part of the school. 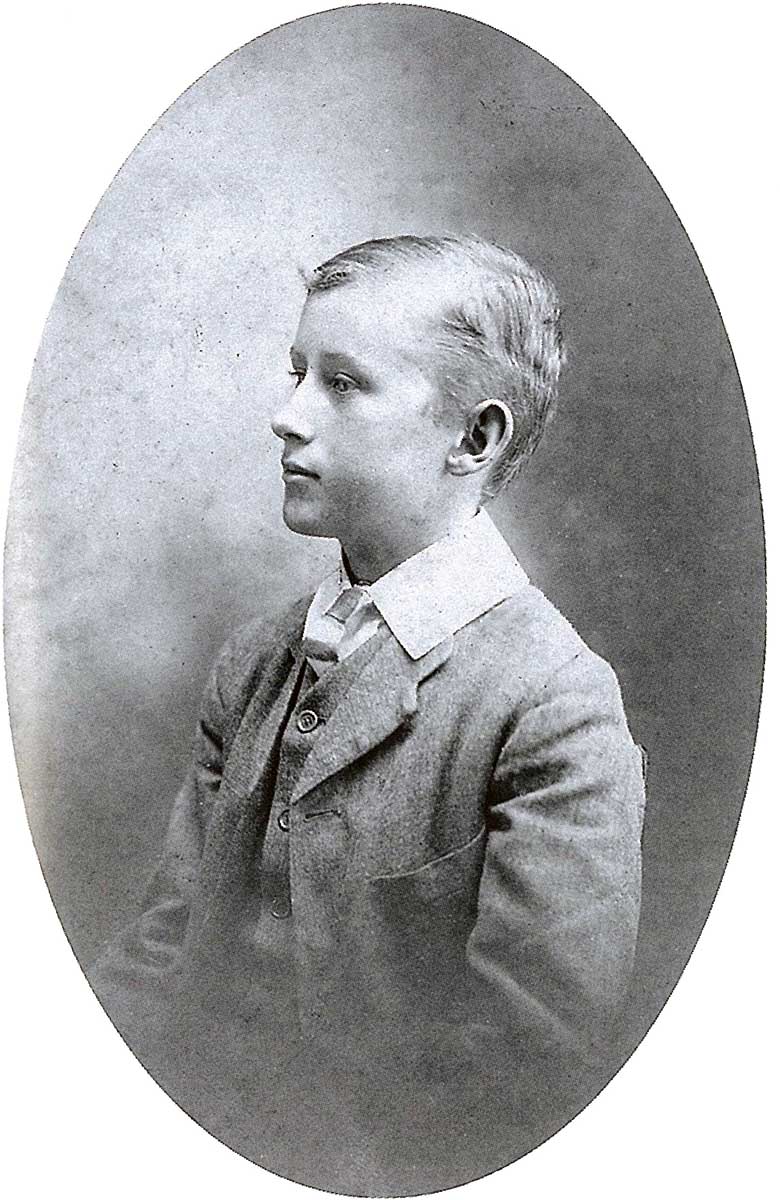 Bill Taylor as a student at Sydney Church of England Grammar School, circa 1910. Image: Museum of Applied Arts and Sciences, Sydney (via Rick Searle, ‘The man who saved Smithy: the life of Sir Gordon Taylor MC, GC’, 2015)

In time, Bill like his older brothers went on to ‘Shore’.

He fared little better here, finding the regulations and prejudices of school life difficult. Instead, he dreamed of escape to Lion Island

an ideal place for adventure and imaginary explorations.

Bill was sent to board at The Armidale School, New England. He came to the realization that —

I either had to be destroyed by the anguish of exile or beat it by vigorously entering into the life of the school. After a period of morose existence, which was about the most unhappy of my life, I suddenly decided to enter into the school life and make something of it. In the following four years, I accepted the life pattern my parents had laid down for me but never gave up my world of the silent hills and the sea. 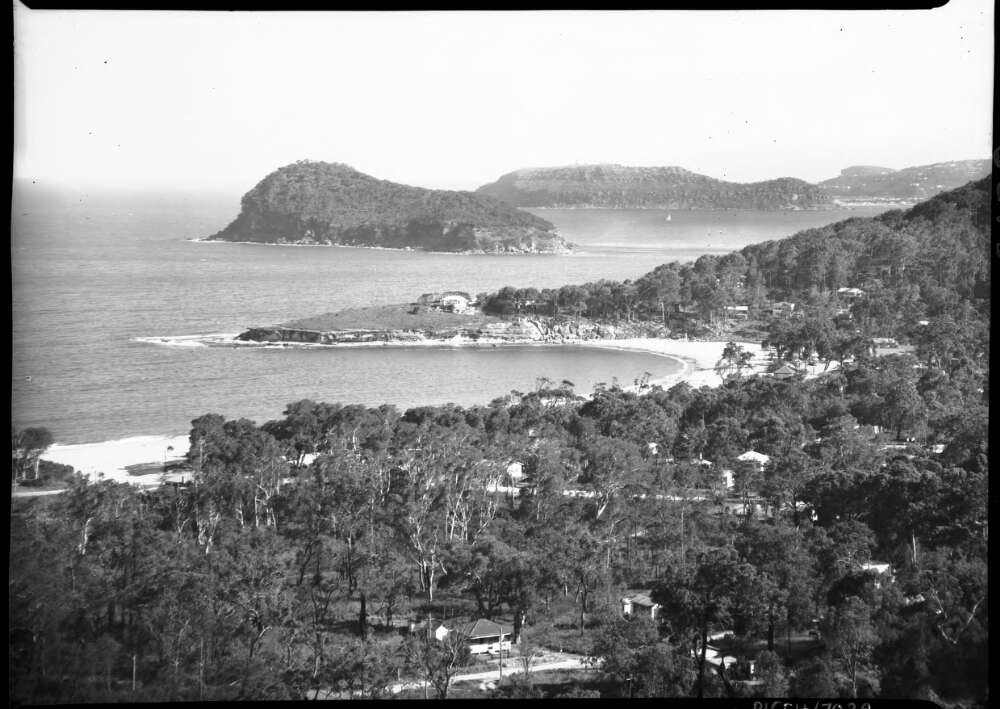 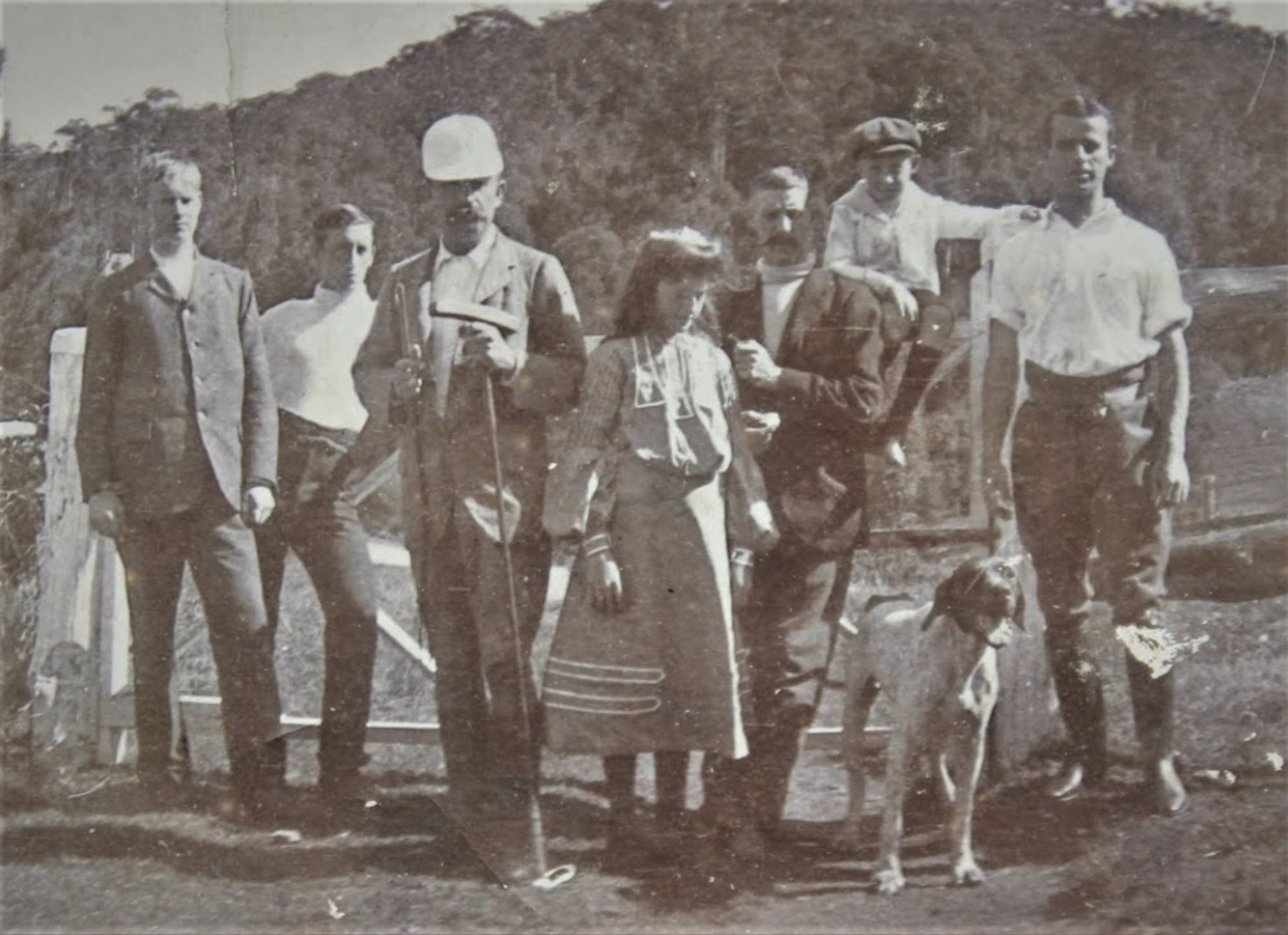 Photo taken at Pittwater. From the right is W. D.M., …sitting on the fence is Patrick Gordon, who preferred to be called ‘Bill’, that’s an unknown, the girl is Norah, their sister, who looks like she’s about 13 or 14 there, the man in the white cap is P. T. Taylor …he was keen on polo, then another unknown and the one on the extreme left is probably Ken.’ Source: Pittwater News Photo and recollection via Don Taylor, son of Bills’ eldest brother.

It was a big turn-around. He not only excelled at sports and joined the school choir, camera club, became an assistant librarian and editor of the school magazine. He did well at Latin and made senior prefect. 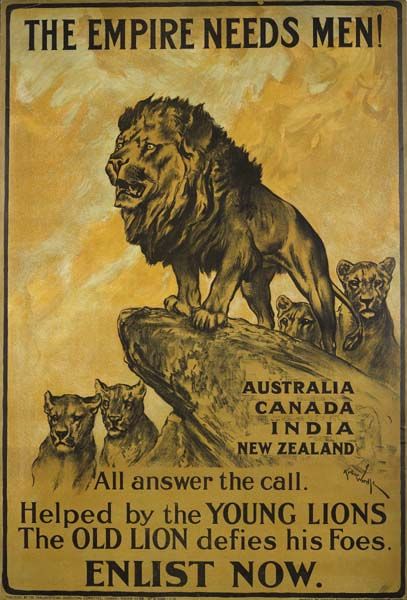 When war came in 1914, Bill and his schoolmates were very keen to enlist.

We saw it as a glorious adventure. Most of us were afraid this war would be over before we were old enough to join in … In this atmosphere of high adventure that we breathed at the time, there was sufficient excitement to conceal the stark truth of what war really meant — squalid hardship, maiming, an agonized death in some far land.

There were three sons in our family. Under the volunteer system of enlistment in Australia, it was decided as a family policy that my brother Kenneth and I would go to war. Since my father was already engaged in national work for the government, our older brother Donald would remain at home to help maintain the family affairs. It was, we thought a fair allocation - two out of three to go. Donald later took a war job as a mate of a collier working on the NSW coast. This was a rugged existence which to some degree relieved his frustration at having to hold the fort back in Australia.

Bill deferred his medical degree at Sydney Uni. He transferred directly from Armidale school cadets into the A.I.F . He was posted to Liverpool training depot as a 2nd lieutenant.

Bill enjoyed the outdoors life with the men in his platoon, who hailed from all walks of life. But months of drilling on dusty parade grounds followed. He began to give up hope of seeing overseas service.

2/Lt. Taylor gets his wings 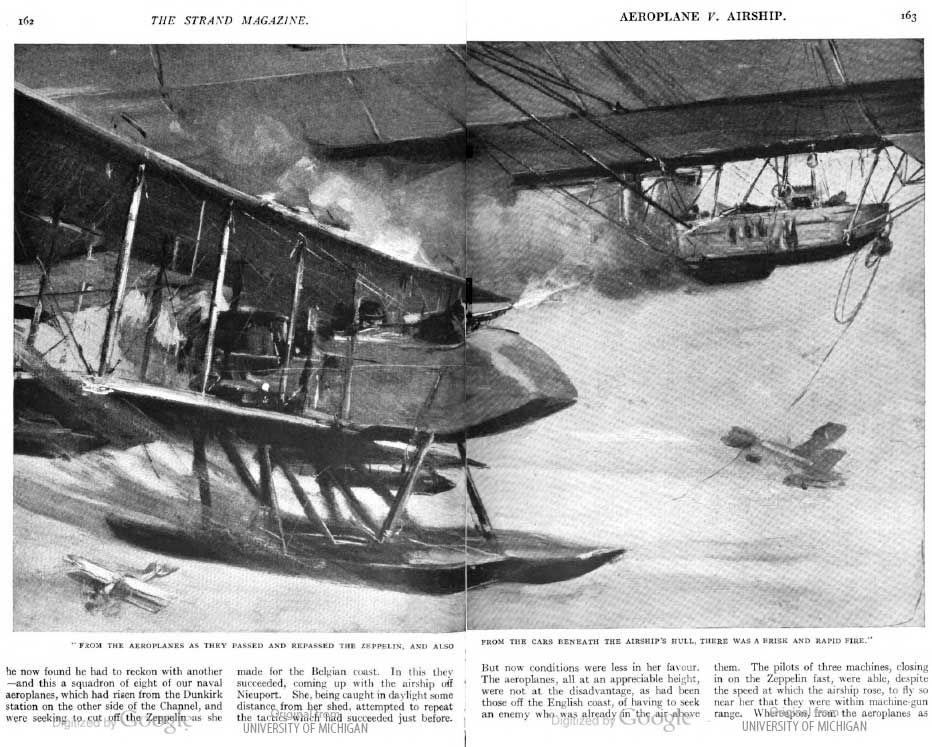 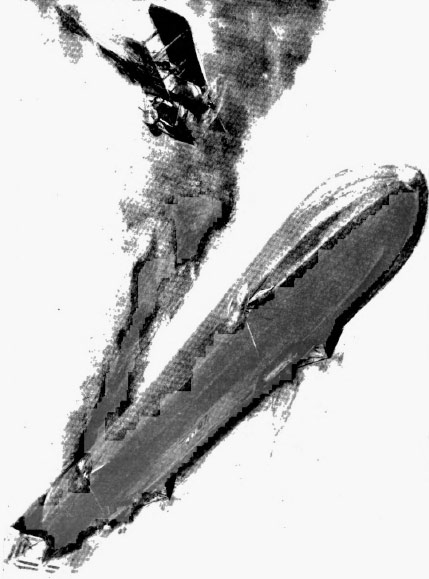 Despite his frustrations, Bill’s life was to change. Returning from leave by train he read an illustrated story about British aircraft causing ‘the most satisfactory destruction’ to a Zeppelin base. To Bill aeroplanes represented ‘a wild expression of freedom’ and had a real sense of purpose.

I knew immediately this was how I wanted to go to war. I wanted to fly one of these aeroplanes, to get to grips with the enemy without all the sordid complications of war on the ground.

He applied immediately to join the Australian Flying Corps. His request was promptly rejected. Disappointed but undaunted, he approached his father, ‘whose support I knew I would have to gain anyhow.’

He didn’t say much, but I could see he was horrified. To him the very act of flying was dangerous. But flying in a war - that was suicide. Of course, I didn’t see it all his way at all. To choose this form of warfare seemed entirely logical when the alternative was to sit in a trench without being able to do anything about it. An aeroplane offered a means of individual expression. With it, a man could to some extent control his own destiny.

I finally prevailed upon him to agree to my going. I think he gave in because I was so set upon it than on account of my enthusiastic reasoning. But as soon as he had agreed, he did everything in his power to get me away as soon as possible.

2/Lt. Taylor finally had his leave granted. He paid for his own passage by ship to England and applied for the Royal Flying Corps (RFC). 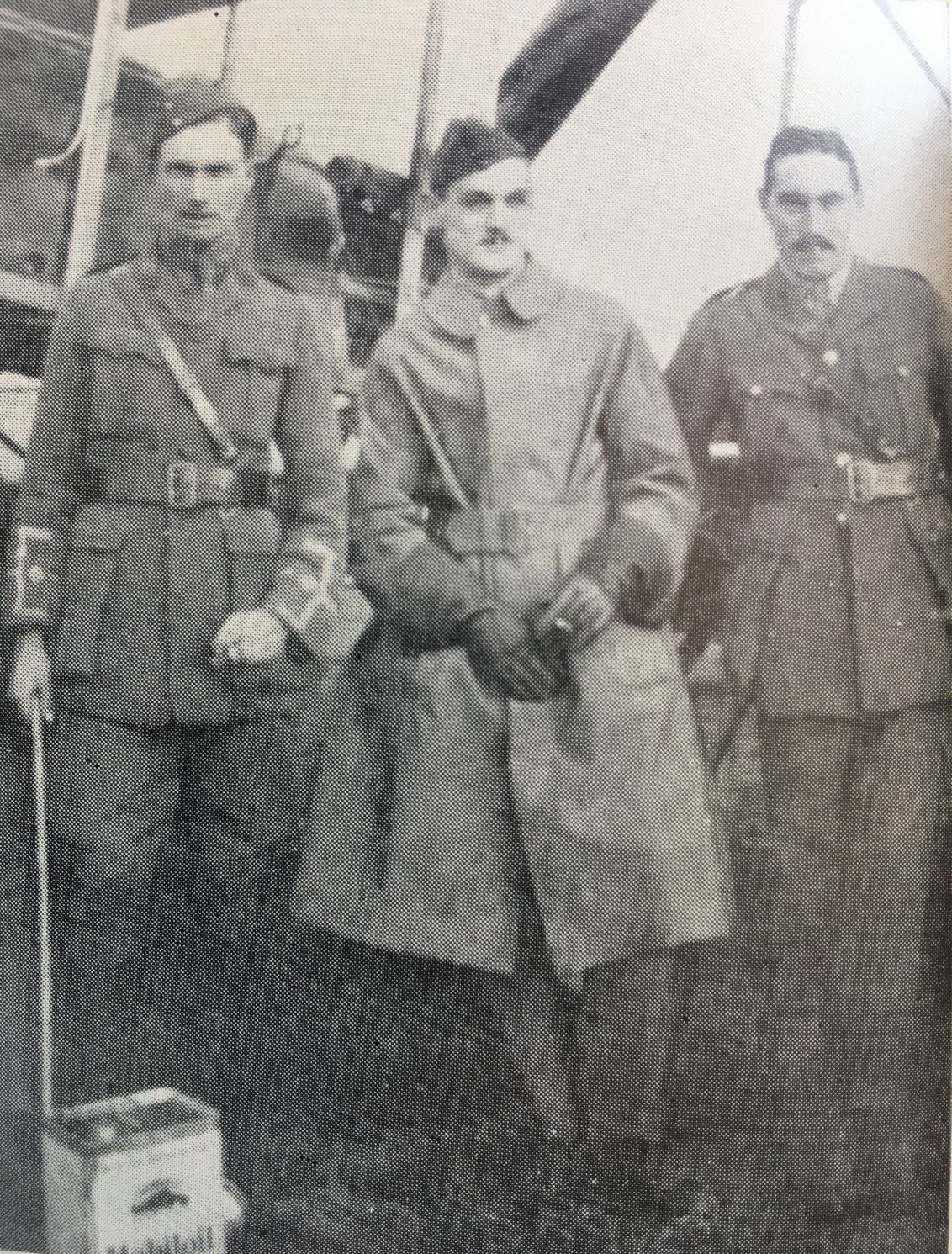 Anzac” Whiteman (left) with 2 other RFC pilots under instruction at Netheravon, September 1916. Photo by P.G. Taylor.

Letters of introduction from Patrick Taylor Snr helped Bill to get to the final interview. This proved the easiest part. The recruitment Officer seemed more interested in his social background, schooling and if he could ride a horse!

Taking off, flying and landing a plane was an exhilarating and dangerous experience for new recruits. Bill’s first instructor had suffered a nervous breakdown in France and was incompetent as a teacher.

Bill’s friend and Rhodes scholar “Anzac” Whiteman was killed making a landing. Flying was no longer the light-hearted, heroic venture he had dreamed about. Death was ever-present.

2/Lt. Taylor made it through training was assigned to 66 Squadron RFC in August 1916. But that’s another story…