This year marks the 80th anniversary of the dedication of the HMAS Sydney Memorial Mast at Bradleys Head, Mosman. The ceremony took place on 24 November 1934, attended by thousands who watched from land and sea.

Mayor of Mosman, Alderman ‘Jack’ Carroll — on the suggestion of a local resident, Norman Ellison2 — was able to acquire the mast on behalf of Mosman Council.
The mast1 had been purchased with the intention of using it as a Memorial commemorating HMAS Sydney’s victory over the German raider SMS Emden at the Cocos Islands on 9 November 1914. 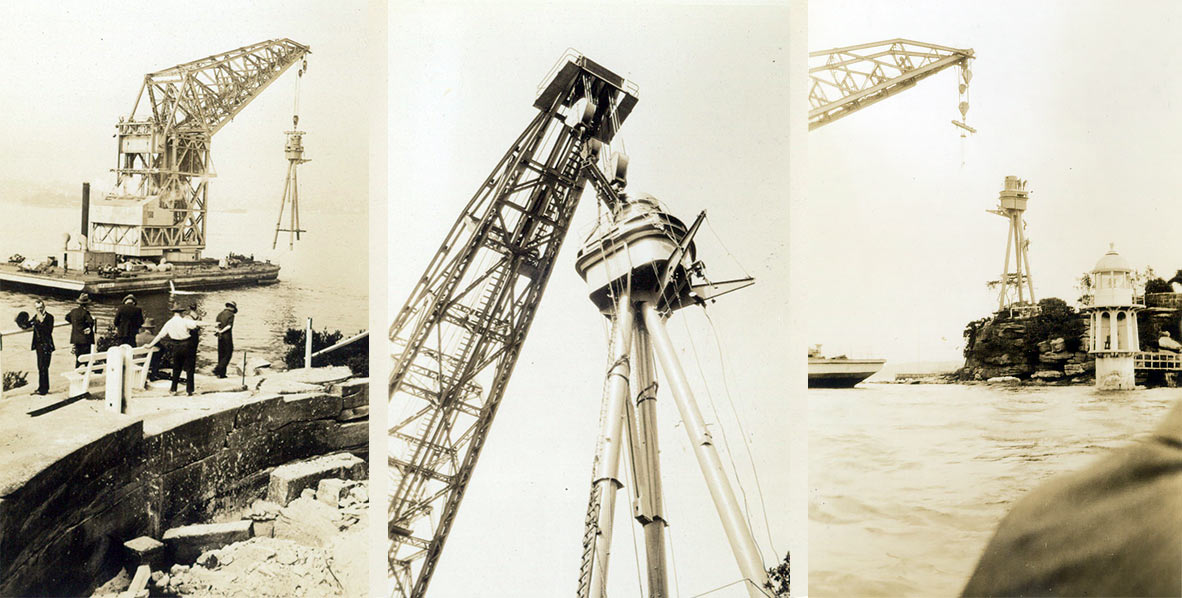 Installing the mast at Bradley’s Head

Preparations for the dedication ceremony were thorough and important details such as the catering and liquid refreshment were not neglected.

The weather on the day was ‘all that could be desired.’ Representatives of the 3 branches of military service, local school children, the Red Cross, girl scouts, boy guides and others witnessed a ceremony

which will remain in the memory of those that attended for a lifetime.

Alderman Carroll finished a ‘short but noble’ speech. The Duke of Gloucester’s ‘gracious[ly] deviated’ ship slowed as it passed the memorial and mustered crowd. The Last Post and Reveille sounded. Finally the “breaking of the flag” took place to the sounds of the National Anthem.

Speeches followed including one by Capt. Pope. Pope was on Sydney at the time of the engagement with Emden. He acknowledged and expressed his appreciation of Mosman Council “in causing the mast of our dear old ship to be erected here.” He also went on to say that

Finally, the president of the Royal Australian Historical Society gave a speech, high minded and patriotic. It stressed the importance of collecting, preserving and publishing ‘items of Australian interest.’ For the ‘progress of civilisation and for the cause of freedom and justice.’ 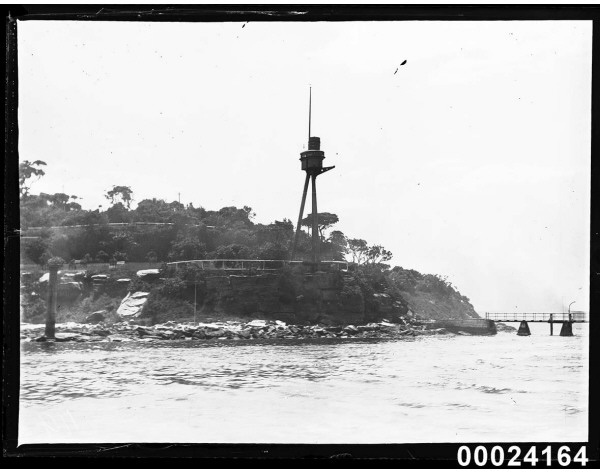 It seems true that through her preserved and re-examine records, Sydney’s mast at Bradleys Head becomes not just a 80 year-old memorial to a World War 100 years ago. It serves as a beacon — echoing the experiences, memories, hopes, and words of a generation. We can share their legacy in ways they could only have imagined.

1 The mast at Bradleys Head was_Sydney_’s 2nd, upgraded mast, not the original from the time of the Emden sinking.

2 See also transcript of an oral history with Norman’s son, Rodney Ellison — The mast of the HMAS Sydney – I always refer to as dad’s mast which is not quite accurate but I believe he was the person who first suggested that it would be an ideal spot for that to be there as a memorial to that famous ship. Norman Ellison served in the artillery in WWI.