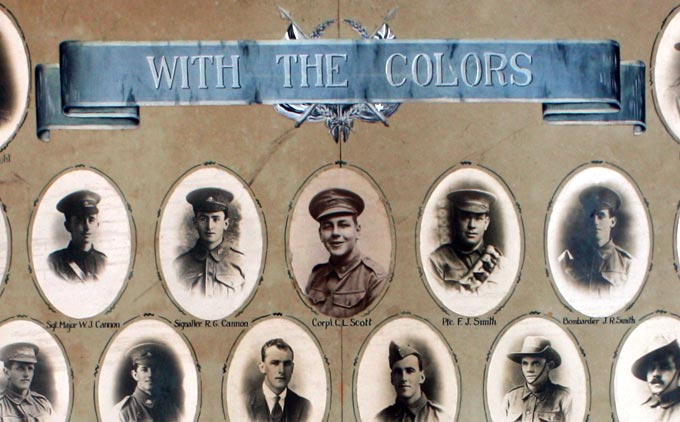 As well as being a useful database to identify an individual and determine their connection with Mosman, this tool helps describes social networks. Search all sheets to get a picture of a person’s links with schools, clubs and congregations.

If you see errors in transcription, know of honour boards not listed here or have a comment, use this Google Spreadsheet form to add a note to the spreadsheet.

We may experiment with crowdsourcing transcription of the remaining honour boards, of which there are quite a few. Those of Cremorne and other neighbouring suburbs are also likely to be relevant.

It may even be worth looking further afield. There are a few Aussie ringers listed on http://www.cccbr.org.uk/rolls/casualties/?warID=1

Following is a list of all the honour rolls transcribed so far. Do you know of others?