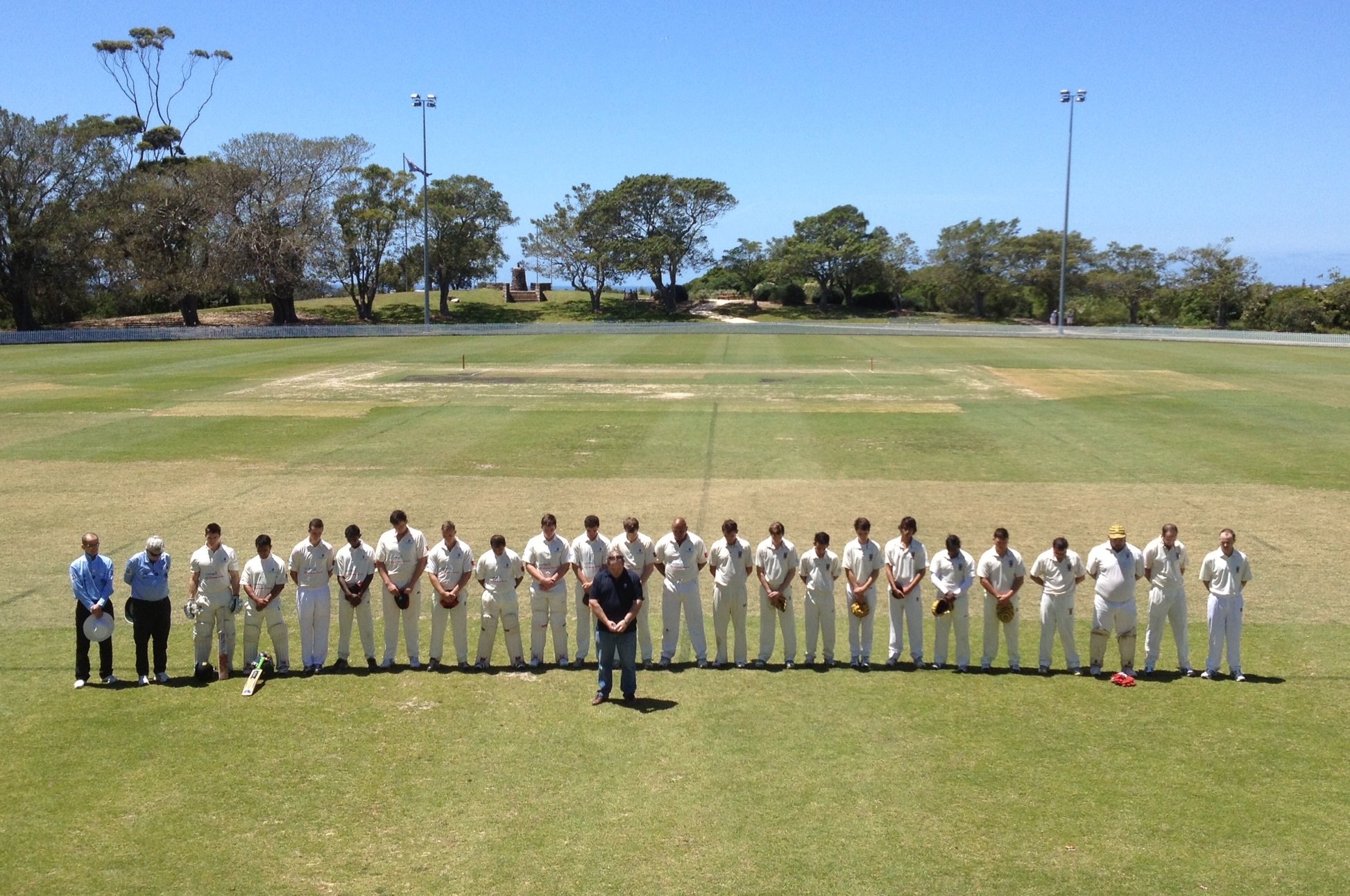 Players and Umpires from Mosman and Uni NSW pause before play at Rawson Oval to respect cricketers from all countries who fell in war. (Picture: Mosman Cricket Club)

Cricket was put into perspective for a period yesterday [Saturday 8 November] when Mosman met Uni NSW.

This round of matches mark 100 years since the commencement of World War 1, and players and umpires from both sides paused for a moment’s silence to honour the 18 cricketers from Mosman CC who answered the country’s call but did not return home to continue their innings. We also remember all cricketers from around Australia who gave their lives so we can continue to enjoy our wonderful game in freedom.

On a perfect morning at Rawson Oval, teams reflected that those who had fallen were young men just like them, who suddenly found their lives transformed from cricket at Mosman to war in Europe or Asia. 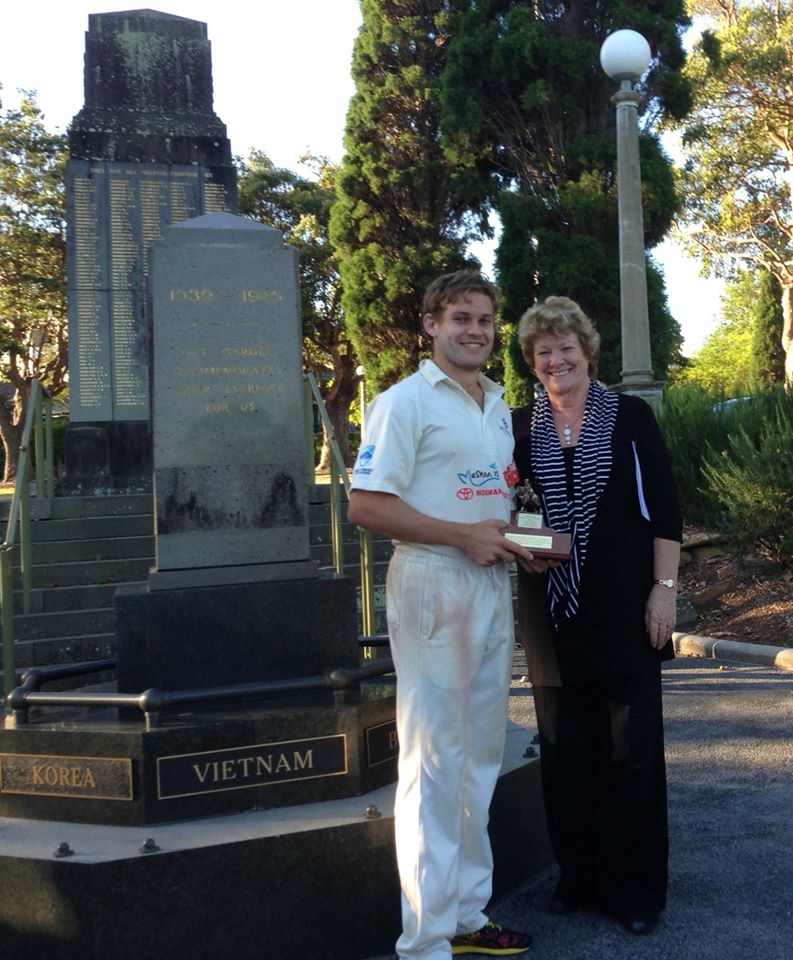 Later on Saturday, a ceremony was held at the Cenotaph at Allan Border Oval, where local member, Hon Jillian Skinner and Mosman Mayor Peter Abelson spoke, surrounded by members of the RSL and Cricket clubs, as well as descendants of some of those Mosman players who fell in battle. The Mosman RSL sub branch donated a magnificent trophy in the name of Sergeant Ernest Bennet, a well known Mosman player who fell in France in 1917 as a member of the 1st Tunnelling Company, engaged in digging under enemy lines in an action seen in the book and movie “Under Hill 60”

Sam Sykes, Mosman opening bowler was the winner of the inaugural award, receiving it here from Jillian Skinner.

Thanks to all players and umpires for your support and respect.

There are 52 names on the Mosman District Cricket Club honour board that remembers those who served in WWI.

As part of the Club’s contribution to the Centenary, the MCC has produced Far from Mosman Oval, a publication commemorating the MCC players who have served their nation in in times of war. It has been written by George Franki.