One of the greatest difficulties here is the shortage of water… I had… the first [shave] for a week and my face was coated with the dust and grime I had got through all the recent fighting and trench digging. After I had finished the water in my mess tin … [was] muddy … and I washed my face in that and … [then] had my tea out of the same tin.

Promoted 'in the field'.

Killed in action, France, May 1918, "...by a shell, when he was directing the consolidation of the line in front of Morlancourt, death being instantaneous." (Source: NAA service record)

His letters are held at the Australian War Memorial.

University of Sydney Book of Remembrance -

Enlisting in May, 1915, and sailing with 6th Reinforcements 2nd Battn., was at the Battle of Lone Pine in August and remained at Anzac until the Evacuation. Promoted corporal in May, 1916, and joining 18th Battn. in France in June, fought in the Somme Battles DD till invalided to England in October. Upon recovery attended New College Officers Training School, Oxford, was commissioned in September, 1917, and, rejoining unit in October at Ypres, served at Messines and the Somme till death while directing consolidation after having captured the enemy position. Promoted lieutenant, January, 1918.

Killed in Action, Morlancourt, 19th May, 1918, and buried in Heilly Station Cemetery.

He, being dead, yet speaketh. 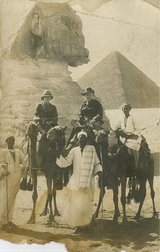